An Eastern Jungle Gym wooden swing set was spotted on a recent episode of Kourtney and Khloe Take the Hamptons.

Learn more about the show by visiting E! Online.

Check out the photos below!

With a total of three clubhouses (two covered with canopy tent tops and the other an uncovered bridge), the Fantasy is a dream-come-true for youngsters of all ages. The rock-climbing wall is eight feet high, and the swing beam is eight-and-a-half feet high. The overall height of the swing set is 13-and-a-half feet.

Like all Eastern Jungle Gym swing sets, the Fantasy features engineered thru-bolt construction (that means that all beams use two-piece timbers that bolted together) for maximum safety. It also features heavy duty hardware and accessories. 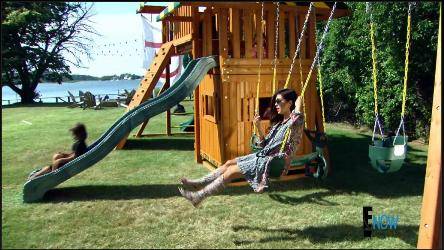 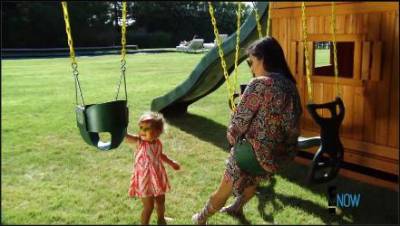 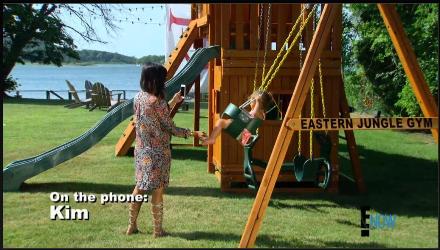 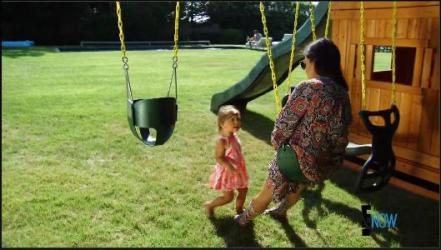 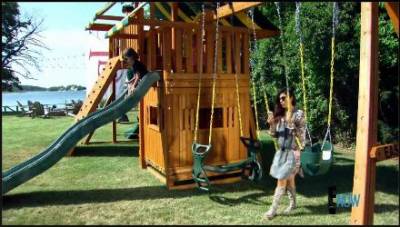 The Fantasy is just one of many wooden cedar swing sets manufactured by Eastern Jungle Gym. With four series, 14 playsets, dozens of models to choose from and endless customization options, there’s something for every family at Eastern Jungle Gym.