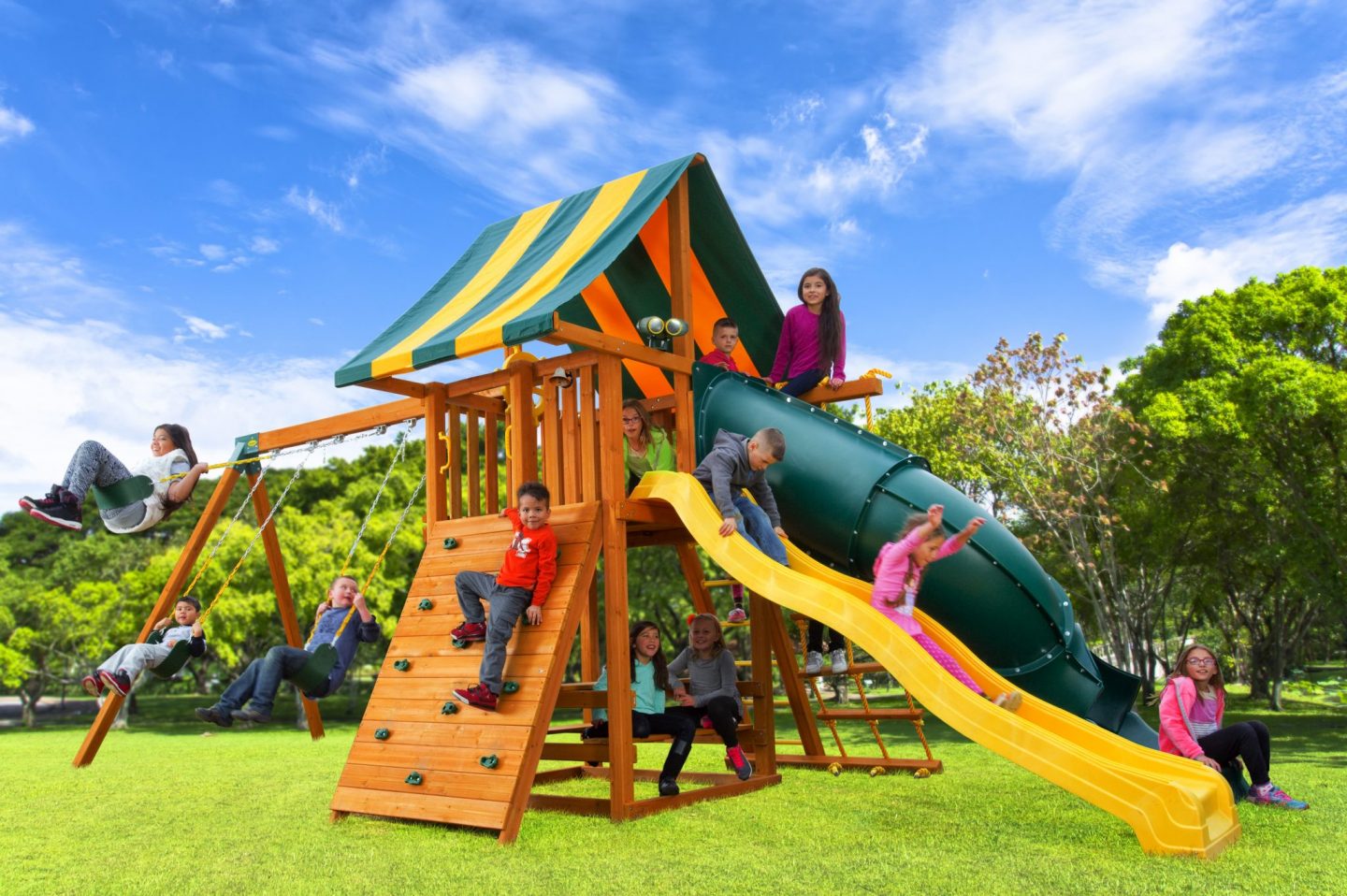 Eastern Jungle Gym is excited to announce its Springtime Swing Set Giveaway contest, which is open for entry for about another week and a half.

The winner of the swing set contest will choose between two prizes: the Classic Tire Swing and the Classic Kids Swing. The first features a three-chain tire swing with plastisol coating, and it is valued at $799. The latter features a horse glider swing designed for two children, a full bucket swing and infant swing, and it is valued at $999. Both of the sets are A-frame, freestanding styles made of 100-percent cedar wood. They also use Eastern Jungle Gym’s exclusive two-piece thru-bolt construction, which is safer than solid wood and laminates.

Entry to the contest is easy. Entrants are asked to fill out the form, which simply asks for an email address to enter to win. The contest is open to residents of the continental US who are at least 18 years of age. The giveaway will close at 3 p.m. Eastern Standard Time on April 10, 2015.

The Springtime Swing Set Giveaway is one of many promotions recently hosted by Eastern Jungle Gym and its retail branch Best in Backyards. The company holds similar giveaways and contests throughout the year, all posted on the Eastern Jungle Gym Facebook page. Past giveaways have featured prizes such as Amazon gift cards, swing set accessories and a variety of playsets.

“There’s nothing quite as exciting as contacting a family with the good news that they have won one of our high quality swing sets,” said Rolf Zimmermann, Vice President of Sales for Eastern Jungle Gym. “It’s a part of the business we really enjoy.”

Eastern Jungle Gym has been a leading manufacturer of wooden swing sets for more than 22 years. Based in Carmel, New York, Eastern Jungle Gym sells its backyard playgrounds online as well as through a network of dealers located in several states. The swing sets range from traditional A-frame styles to single tower sets to huge units with tree houses, connecting bridges, multiples slides and more.