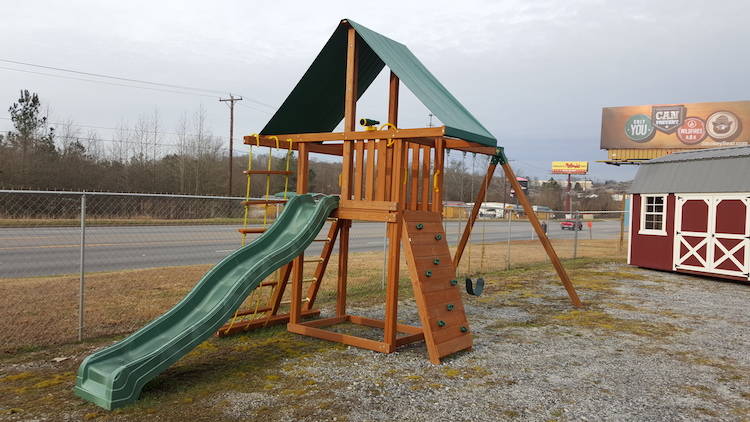 Eastern Jungle Gym was thrilled to join one of its swing set retailers for 10-year anniversary celebrations and annual sales meetings last month.

Rolf Zimmermann, Eastern Jungle Gym’s vice president of sales, joined the staff at Carolinas-based Liberty Storage Solutions for the gathering. The agenda for the day included special recognitions, a review of the company’s mission and core values, a roundtable discussion, a “Meet the Vendors” segment, a tour of the plant and much more.

“It was a great opportunity for me to introduce myself and learn more about Liberty, while also sharing some of our company history and highlights,” Zimmermann said.

In addition to Eastern Jungle Gym’s swing sets and storage sheds, Liberty Storage Solutions sells gazebos, carports, garages and children’s playhouses. The company came on board as an authorized, factory-direct retailer of Eastern Jungle Gym swing sets in the spring of 2015. At that time, 10 of the company’s 20 locations carried the playsets. This year, Liberty is expanding its inventory. The goal is to have swing sets on display at all locations come spring.

“Last year, their best-selling Eastern Jungle Gym was the Fantasy Tree House swing set,” Zimmermann said. “We’re excited to see what this season brings, and we look forward to many successful years with Liberty.”